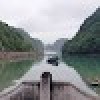 Hi...I just put together a new computer (x2 5600, M2N SLI Deluxe and 2Gb (2x1) of XMS2 6400 Corsair RAM) which all works fine until I get to the operating system screen where I have the choice to boot into either Windows XP or Vista. No matter which I choose, as soon as the loading bar appears it blue screens and restarts instantly. I don't even get chance to see what the blue screen says. When I try safe mode on XP it freezes at "acpitabl.dat" then just restarts. When i safe mode on vista it stops at "crcdisk.sys" then restarts.

I had upgraded to these new parts from an Athlon 3800+, A8V-VM and 1GB of Kingston 400mhz ram. The problem was that the new M2n Deluxe moterboard has no IDE connector onboard for a DVD drive..only 1 for a hard drive (and btw my hard drive is IDE not SATA) so basically all the drivers were installed on the old operating systems so I thought that would be the problem. All I could do was go back and install windows xp without installing any drivers than switch back to the new motherboard/processor and see if it worked (I didn't bother with vista because it installs drivers auto). But after I tried I had the exact same results and now I really don't know what to do.

I've been on forums and had a look at other peoples problems and messed with the bios a bit (turning off raid controller, disabling USB 2.0 - which were all ways some people fixed their problems). If need be I can buy a SATA DVD drive but all the shops are currently closed. If you have any idea on what to do please help me!

Oh and one more slight problem was that my 8600 GTS works on my old motherboard but doesn't work in either PCI-e lane on the new one. My old 7100 does thought...not really a big problem because I'm upgrading to a GT I'm just wondering if it might be a hardware problem causing the blue screen or something?


You can't put a harddrive with XP or Vista already installed into a new system and expect it to work - it won't as nothing in the Registry will match.

You need to keep the hdd's in the system and run a repair or re-install of XP and then Vista.

Hi and thanks for the reply. I thought that may have been the problem because I had read it elsewhere but as I said I have no sata dvd so I can't run a repair...I guess I will have to wait a few days until the shops open again so I can buy one.