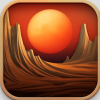 ok i have a bit of a problem with media sharing, i can get media sharing to work if i directly connect my 360 to one of my computers and setup the network settings manually. it wont work on automatic even though it picks the same ip, netmask, and gateway (no clue why).

what I really need though is to get it to work with my linksys router so i can get media off of all of my computers. there is no firewall hardware or software, there are no antivirus or other network blocking software on any of my PCs. two of the computers are running win xp sp2 and one is running win xp sp3.
I have zune sharing software on one pc and WMP 11 on the other two. my xbox is connected by a cable to a lan port of my router, the pc with the zune software that is sp2 is connected with one NIC to the lan port and the other to the wan port (so i can share internet with all my devices and still share files with my other computers). my other two machines are connected to the router through wifi. All of my cmputers can see each other in the network, sharing files works between all computers (even when i use linux). my router lists all the computers but the 360 comes up with a host name of just an asterix.

I'm really out of ideas. I would like to stress again that none of my computers have software firewalls or active antivirus software, there is no firewall between anything on the lan segment, all ports are open, no protocols are blocked.

I even went through on one machine and reset all the services in the admin tool to the defaults because I had them tweaked pretty lean.