Computer locks up only while livestreaming

I've been having a problem while trying to livestream, using both open broadcaster software and xsplit. No matter how much of a load I put on my computer outside of trying to livestream, I never have it freeze, lock up, or BSOD. ONLY when livestreaming. The freezes with one of the games I played would only happen after several hours, so restarting the game and OBS would prevent them from happening at all, but recently I've been trying to stream Skyrim, and get maybe 2 hours, if I'm lucky, 5 minutes if I'm not, averaging around 30 minutes before a freeze. I can play skyrim for 10 hours at a time and even leave it running overnight without it freezing if I do not stream. And yesterday the computer froze without any games running simply with OBS running live (I had exited a game a couple minutes prior and was talking to people on the stream) so it must be related to streaming somehow.

Edit: I just remembered something. Months ago, I used to stream TERA online, which is far more demanding on ALL the hardware than Skyrim or Osu, to the point where I actually upgraded my motherboard and processor specifically for the purpose, and I did NOT get these crashes back then (both before AND after the upgrade). So I'm guessing it's a bad or outdated driver that's been added since that time. Unfortunately I have no idea how to go about looking into that kind of thing.


Generally what happens is that the computer stops on a frame and just locks up, repeating the last second or so of sound like a broken record and will not accept any input aside from holding down the power button to turn the tower off. I'd say maybe 1/10 time I get a BSOD, but despite changing the settings I haven't been able to find any dump files from the BSODs. Temperatures all appear to be within normal limits on the hardware inside the tower. My case has good ventilation and all. I recently updated the drivers for my video card, but I was having the issue long before that. My hardware specs are attached in a dxdiag file. Thank you in advance for any help you can give me!

Apparently there is no longer an option to edit my initial post, so I had to make a new one =/ Anyway, I'm still getting computer freezes random amounts of time after I begin broadcasting, anywhere from 5 minutes to 5 hours, except I no longer get a BSOD ever. It's just a straight up freeze. I've tried updating video card drivers, motherboard drivers, and anything else I can think of, freeing up space on my various external hard drives (a couple were close to full so I emptied a bunch of stuff from them) and I am still having the problem. There seem to be other people out there on various forums with a similar problem where they freeze only when broadcasting, and those people are being told generally that it has to do with drivers on their computers, but those issues after that general guideline seem to be widely varied. I wouldn't even know where to begin to determine which is causing my freezes, if that is even the cause for me. I did want to update with what I've tried and that the problem still isn't gone though.

Edit: I FINALLY got a bsod today instead of a freeze with no information. Despite following the instructions to write minidumps to disk, I still have nothing in the folder where those files should be (this is like the 3rd time I've checked) But I DID manage to get a picture of it with my phone before it went away. Thank god. 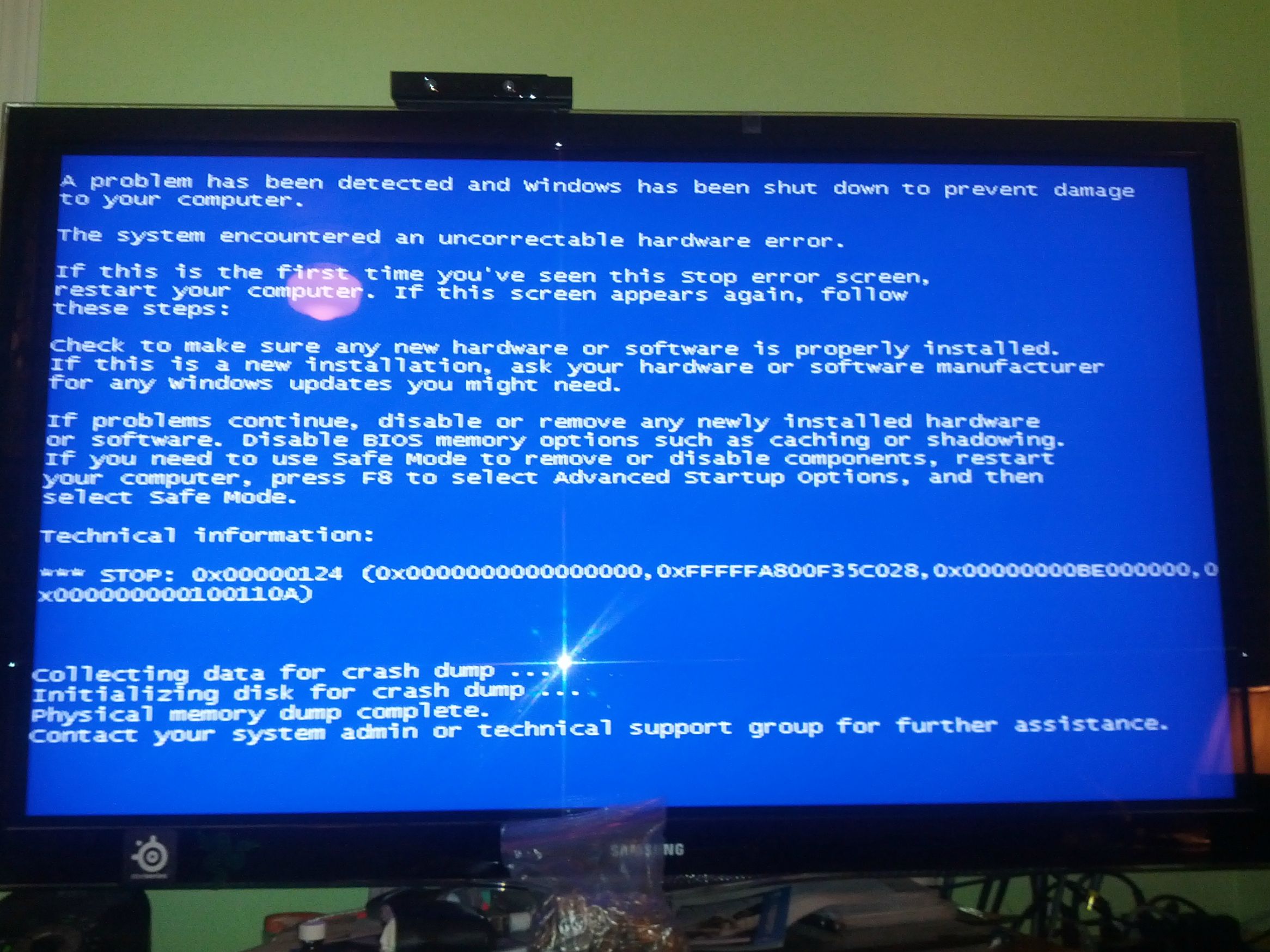 Edit 2:
I updated all the drivers and software for my motherboard, graphics card, keyboard, mouse, usb drivers, I updated the bios firmware on my motherboard, the firmware on my SSD, disconnected my usb hubs and tried to resolve all the issues in my event viewer logs (but was only partially successful in that) but the freezes seem to be happening more frequently now instead of less. No more blue screens besides the one I took a picture of.

So, I used msconfig and disabled startup items and all services that weren't microsoft. Booted back up and tried to broadcast and sure enough, 10 minutes later, freeze.

Since the problem got worse, I turned everything back on and did normal boot, played games for like, 7-8 hours straight just to see if it would freeze when I wasn't broadcasting, and nope. No freezes. But within about 20 minutes of beginning a broadcast with OBS or xsplit, BAM freeze.

So as of today I can get 2-5 minutes before a freeze after beginning to broadcast. When the problem first began it would take hours to happen, so I don't know why it's gotten so much worse. Today I actually found a topic on the xsplit forums about somebody having the exact same issue I am having. Sadly, for him it turned out to be some kind of conflict between realtek drivers/hardware with xsplit, and after testing on my own machine and still freezing, that is not the case for me. But he did mention something else, that if he broadcast with any kind of internet browser open, he would crash extremely quickly, but it would take much longer if he didn't not have one open. That seems to be the same in my case as well. If I don't open a browser, I can get 40 minutes to an hour before a crash even with how bad the issue has gotten recently. Sadly, you need the browser open to use your dashboard so you can talk to your viewers, so this is highly inconvenient (I've been getting by accessing the dashboard on my phone and replying on mic, but it's quite tedious) Hopefully the information is relevant and can help point somebody who knows a lot more about computers than I do in the right direction.

Any help I could get when somebody is free would be greatly appreciated! Thank you.