Today is Earth Day, what is Earth day?

Earth Day is a event where lot's of people form meetings to discuss things related to Earth. Continents, environments, climate change you name it. So the reason why I decided to make this topic is to discuss my argument to make a stop to Climate Change for good, but not only my argument might turn out good it will make people understand what is happening to the world at the moment and what we can do to make our world a better place

Some people like to be lazy and throw away their wrappers, smokes or who knows on the ground thinking that it causes no harm. Wrong! It causes more harm to the environment. Some animal will then randomly pick it up, eat it and eventually die. This actually has lead to birds, whales and other species dying each year. (This includes oil spills along the coast)

The one and only thing that's affecting our Earth is pollution. Pollution has a major effect on our planet creating massive holes in our atmosphere which can have dire consequences such as Solar Flares reaching earth, higher temperatures and massive droughts. Which in ultimate cases can make many species extinct.

Climate Change is caused by us humans as I speak. The reason why I say this is, because everything we use from cars, planes, trains, emission gases, radiation anything above it will and always affect the world in a bad way. Here is a picture of what I am talking about: 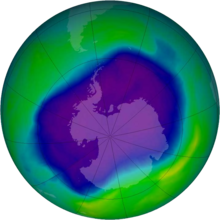 So now that I have covered a few things what is your thoughts to combat Climate Change?