Setting up 2 routers to be cascaded, need someone who's familiar w

So I plan on cascading my routers to split my network up a bit. My main ISP's router which I'll be using as a normal routers and a Linkys router with custom firmware dd-wrt installed that I want to place all my cameras on. I want want it to go something like this. 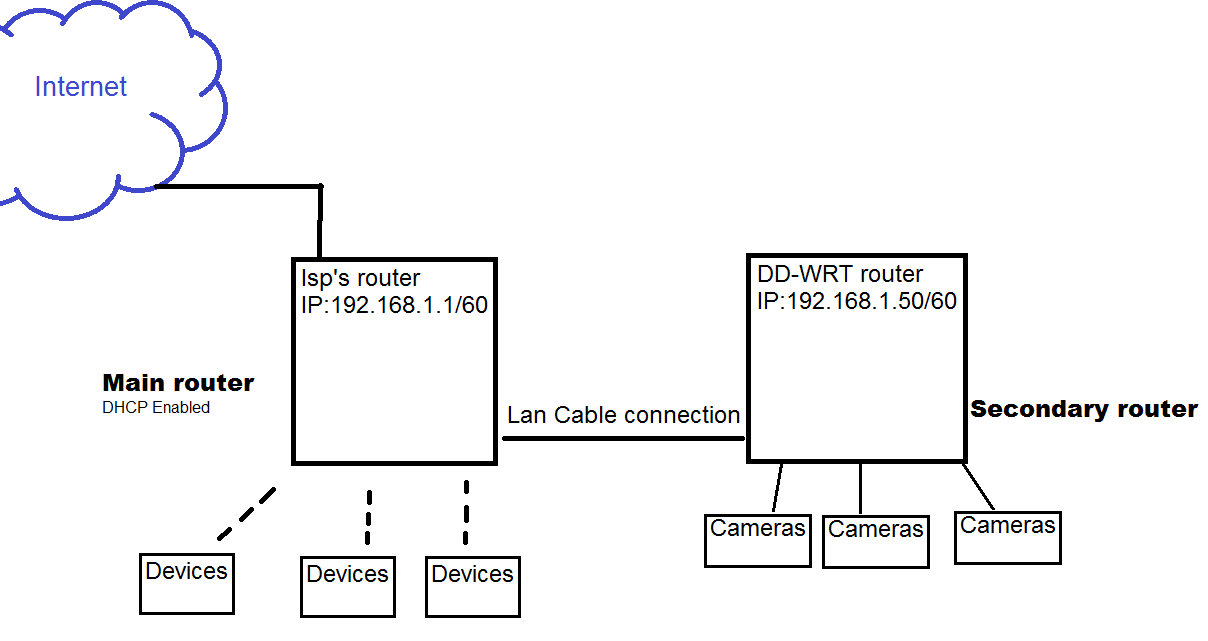 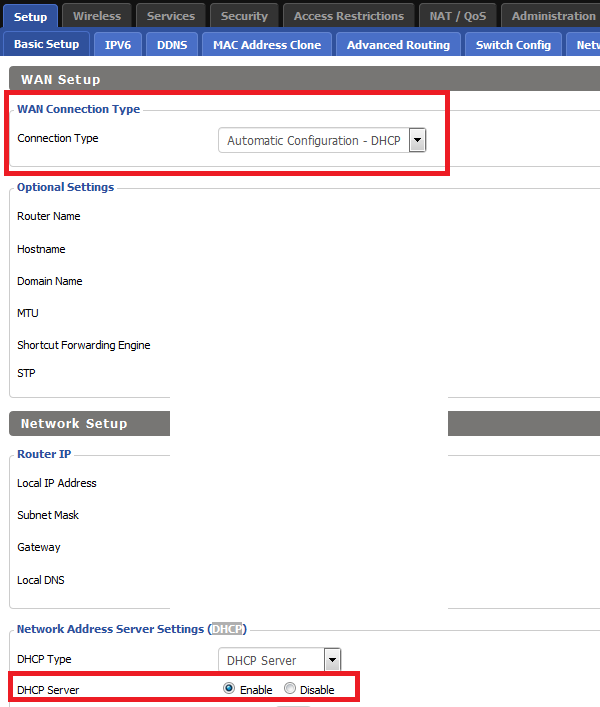 Both options in red give me the option to disable but I don't know which to turn off or what's the difference. I tried asking over on dd-wrt forums but that place is too slow to get a response. So which one do I turn off?

The option you want to turn off is the Network Address Server Settings one. That's the DHCP server for the LAN (Local Area Network).

The other one is for the WAN (Wide Area Network) port. Which is used when you connect that router to your ISP.

Be aware that you must not use the WAN port on the LinkSys router, otherwise you will get some weird issues

Alright thanks, that's all I've been wanting to know. I'll leave this topic up for another day just in case something goes wrong.