Hi there, guys.
As I have mentioned in the topic, the problem is the following: numerous BSOD's, which show suddenly, from nowhere, and sometimes, but not recently, the laptop is freezing and I cannot work with it, until I turn off and then start it again from the power button.
At first, I guessed that maybe the problem is in the drivers; maybe I have missed to install the proper ones. And I made the fresh re-install of the OS, under the guidance of a friend, who knows *the secrets of the cuisine* of that matter and I installed the newest drivers, in the order in which he has advised to do that: first, chipset, the video, audio and the rest.
For a while, the machine behaved OK and then, for my pity, BSOD's started again. Some guys said that maybe the problem is in an overheating and I have tried to measure it, and, according to some programs like Core temp, everything is OK.
Just to mentioned, I am a movie translator and as you could guess I use the laptop just for a translation and I am not using some *heavy* programs which may have caused the problems, mentioned above. I do not surf through some suspicious websites, using Avira, Sandiboxie, and some ordinary programs, like Skype, Word, Opera, GOM Player, Jet Audio, etc.  just *light*, ordinary programs.
And as a logical conclusion  its not an overheating, not some problems with the drivers, its not some viruses, which have infected the machine. Then, what could it be?
There were some comments about some problems with the hardware itself, but I have taken the machine to the customers service of Acer, situated in Sofia (my hometown in Bulgaria), and they have said that everything is OK with the machine itself.
Here a shot of BSOD itself. (sorry for the bad quality of the shot)
Thanks in advance for your comments and help. 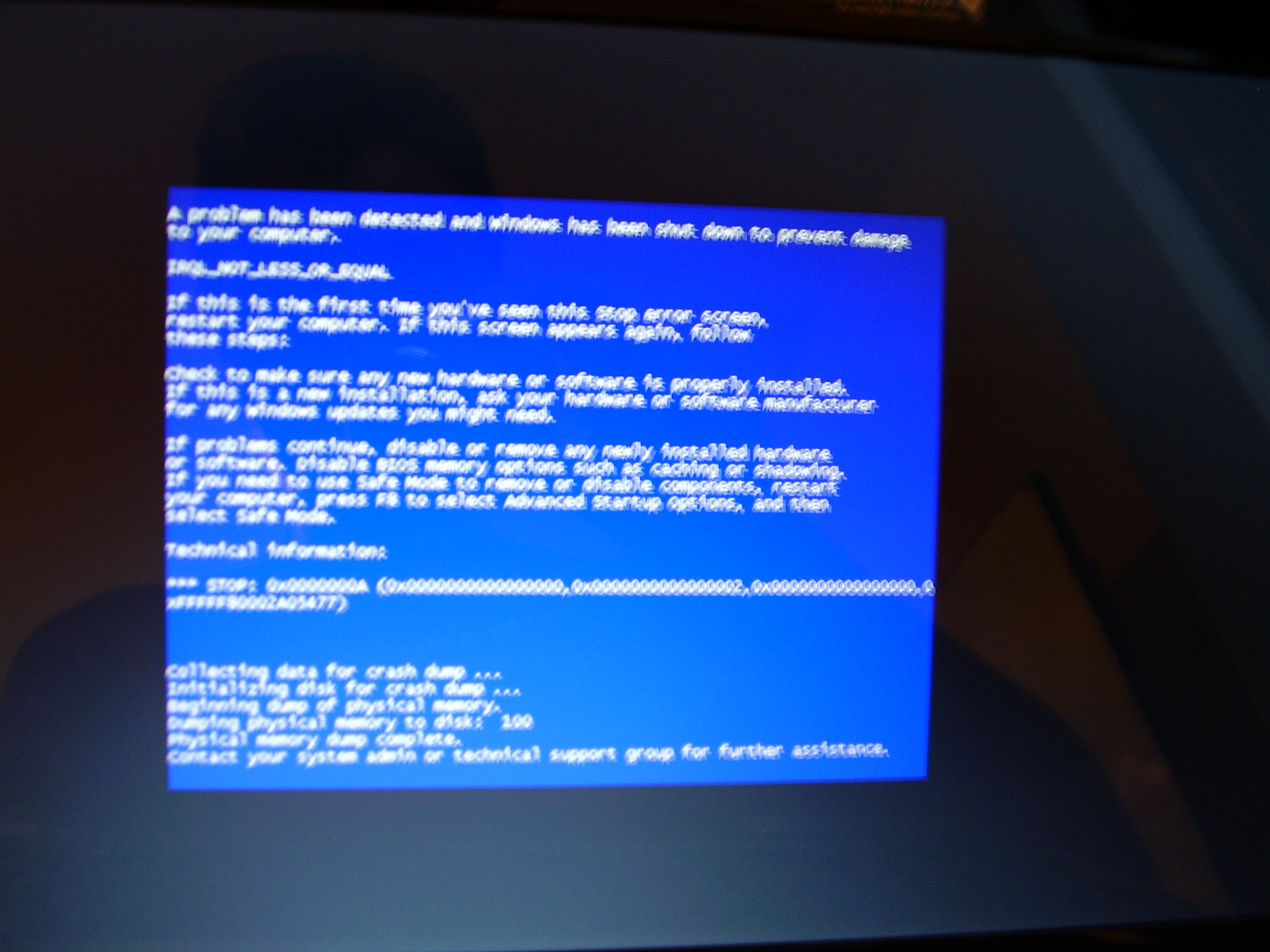 Possible causes may include driver or Ram issues, download and run crash dump analyzer WhoCrashed from the attached link http://www.resplendence.com/whocrashed post the results with your next reply.
If the issue is not caused by bad drivers your Ram is the next thing to check, download Memtest86+ from this tutorial put together by member rev_olie http://www.geekstogo.com/forum/topic/246994-guide-to-using-memtest86/ follow the guidance there and post back with the results.