Hi there, last night I downloaded a file from a file host that I've previously used without problem.. however I forgot to untick the download with the download manager option which prompted a .exe to appear in my downloads. Chrome didn't like it and gave me the option to keep or discard, to which I promptly selected discard. Moments later norton file insight popped up in the bottom right hand corner, scanning a file for about 15-20 seconds before disappearing. Curiously I checked the task history to see that Norton had allowed the threat. I don't recognise the website that the threat apparently came from, and even then according to Norton that site is clean.
I've tried searching for the file in the appdata\local\google...\cache directory but it no longer exists. I've tried running malware bytes and spybot and neither have found anything. What should i do next? 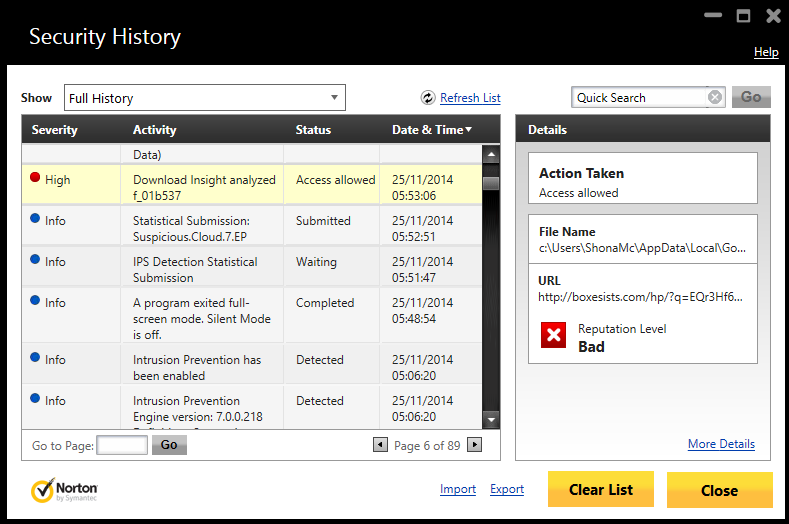 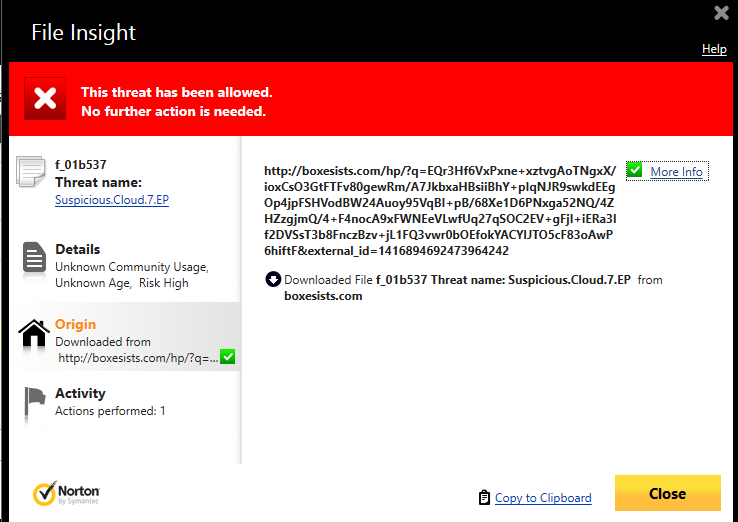